11 Tips for Communicating in a Crisis

By having an emergency communication plan in place, foundries can respond quickly and accurately while avoiding mistakes that could make the problem worse.

In manufacturing and metalcasting, even the best companies can be victim to circumstances that put them in crisis mode. Whether it is structural damage, worker injury, labor disputes, or natural disaster, members of the community—including law enforcement, OSHA officials, and employees’ families—will need to be informed about what has happened and how the company is addressing the situation. Having a plan in place ahead of any crisis can help a foundry start its emergency response immediately, keep all the stakeholders informed with accurate information, and move on as quickly as possible. Following are key elements to a solid crisis communication plan.

1. Crisis response should include public response
When a crisis at a foundry occurs, the management team must immediately work toward fixing the reason it occurred (when applicable) and assess and recover any damage. Nearly simultaneously, a business will be forced to handle questions from the community, including local officials, the media and residents. Pete Smolowitz, director of public relations and public affairs, Mower (Charlotte, North Carolina) recommends businesses include how it will handle public perception as part of its emergency response plan.

It may be tempting to try to keep a lid on bad news that happens at a plant, but that news will likely get out anyway, and when no information is coming from the source, assumptions, rumors and conjecture start to form and spread.

“When a crisis comes up, there will be uncertainty and if people don’t hear from the company, it fuels concern and panic,” Smolowitz said.

2. Have plans for different scenarios
Predicting a crisis is tough, and disaster can strike in many ways, such as severe worker injury, fire or explosion, product failure, employee criminal wrongdoing, and natural events. Some problems affecting a small segment of the business while others may affect the whole plant and even the surrounding community.

AFS Corporate Member McWane Inc. has separate emergency response plans for its multiple plants and those plans can be adapted according to the severity or type of crisis that has occurred.

“Depending on the level of the emergency, different parts of our plan are implemented,” said Jeet Radia, senior vice president, McWane. “For example, if there is a workplace injury, we would implement the part of the plan that deals with providing support to the team member and the family.”

3. Establish the flow of communication
One of the most important elements in a crisis management plan is the line of communication. Disseminating accurate, timely information to employees and police and fire agencies will not only help address the reason for the crisis head-on, but also avoid mixed messages and the spread of misinformation.

“Who needs to know what, when?” said Towanda Long, senior marketing communication specialist for AFS Corporate Member Charlotte Pipe & Foundry Co. (Charlotte, North Carolina). “Have all of your contact information in one place for the fire department, police, your company’s people. How are you going to disseminate the information?”

Foundries should keep a list of who they need to contact and who at the company should be the source of information to the public. It should be someone with access to all the pertinent information and who can be readily available to speak with officials and media.

“Who is empowered at the company to deliver the information or speak to the media? It doesn’t necessarily have to be the CEO. And if the CEO is unavailable for a few hours, who is empowered to communicate?” Smolowitz said. “What facts do you want to get to the company spokesperson as quickly as possible?”

The plan should also outline the individuals that will be gathering the information. Smolowitz suggests the crisis team consist of employees from different divisions who can provide input from all levels of the company.

4. Have your company facts handy and prepared ahead of time
When a crisis or emergency occurs, the crisis team will need to gather the important information relevant to the event, but other company facts will be good to collect beforehand to have ready when needed. These facts will answer the question, “what kind of company is X?”

“Environmental awards, records, good reports, certifications, safety awards, or the number of hours worked without a lost time accident will be helpful,” Long said. “You also want to have the current number of employees and general company information updated and available. And keep your website up to date too, because the media will use that for general boilerplate information.”

The first place members of the media often look for information about a business is its website. If resources are available, Smolowitz said it could be helpful to have a dark website ready to switch on when needed.

“One of the things we recommend is having a dark site on standby, so if there is a crisis, you can switch it on and address the crisis head on with the new site that says we are aware and here is what we are doing to address it,” he said. 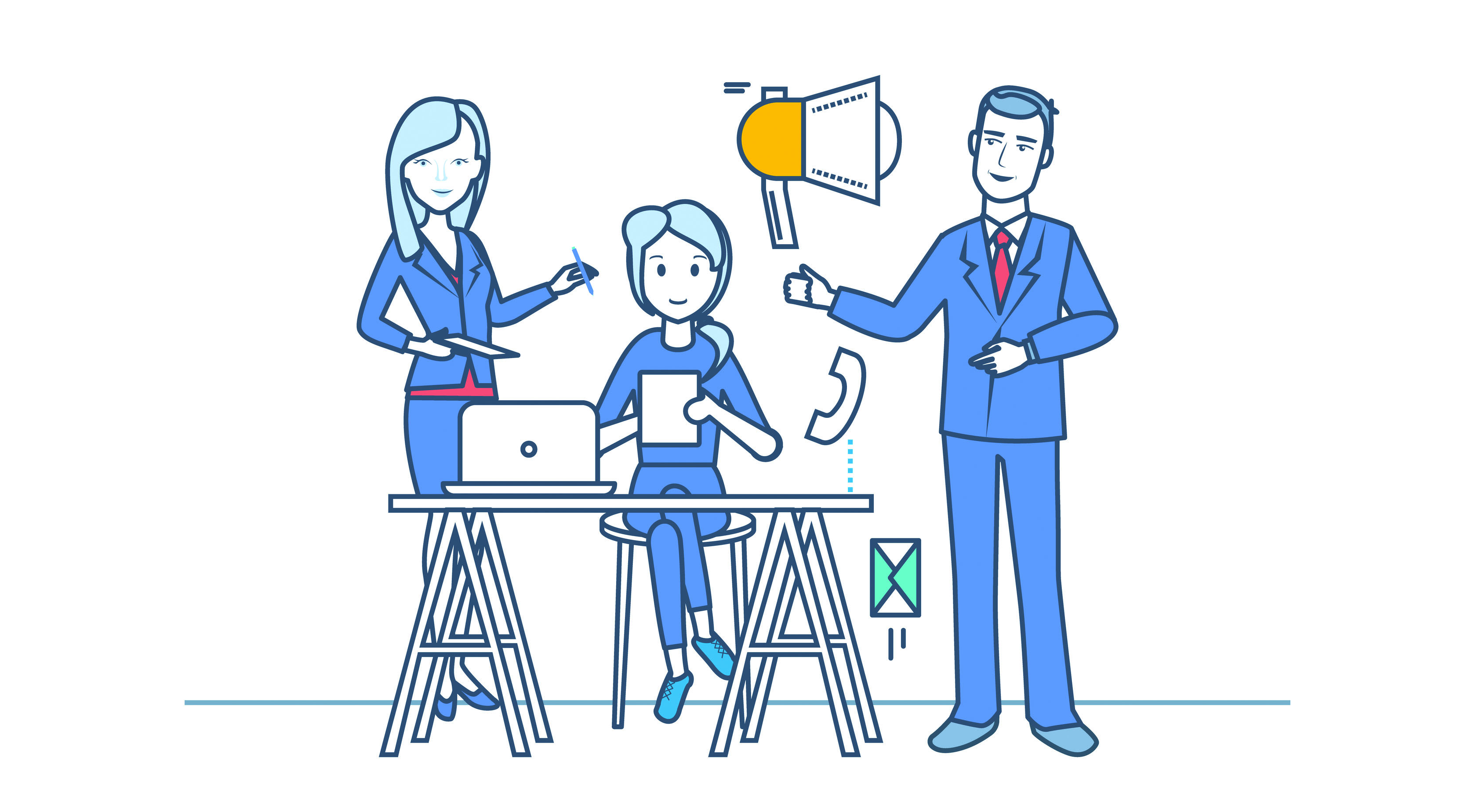 5. Build relationships with community agencies
When something goes terribly wrong, plants can expect visits and involvement from local law enforcement, the fire department, EHS officials, and utilities. A good crisis plan will make sure this isn’t the first time meeting them, Radia said.

“One of the things in our plan is to establish in advance relationships with outside stakeholders including community leaders, emergency response agencies, fire department, OSHA and state environmental regulators,” he said. “They already know us and we know them. It helps immensely.

6. Practice working the plan through mock scenarios
Once a crisis response plan is created, Long recommends training regularly, including practicing putting the plan into action.

“We train with our upper executives specific scenarios—general things pulled from the news—and go through how we should manage them according to the crisis plan we already have.” Long said.

Going through mock scenarios helps the crisis team become comfortable with how communication should flow to the public.

7. Review the plan regularly
After the hard part of establishing a crisis plan is done, don’t forget to continue to review the plan, Long said. Make sure the key contact information is updated or new methods of communication—maybe your company started a Twitter account—has been added.

“We have over 25 facilities, each with their own facility-specific plan,” Radia said. “The parts that must be reviewed more frequently are the individuals, their roles, their responsibilities, and contact information. Changes in staffing are common, over time. Or, let’s say we put in a brand-new production line, we make sure that it is covered in the response plan.”

Other information to update includes the number of employees and safety records.

8. When a crisis strikes, implement the plan immediately
Timing is everything when it comes to crisis response, according to Smolowitz. “How you handle the first few hours is how you will ultimately be viewed.”

Even if you don’t have all the facts, a statement should be made quickly.

“The facts could be, ‘we don’t know yet, but we are going to find out,’” Smolowitz said. “You want to provide as much facts as you can as soon as possible.”

“They will become a major conduit of communication to others outside the company, so you need to give them timely and accurate information,” he said.

Your employees live in the community. Their neighbors and friends know where they work, and they will ask your employees about what happened. Giving your employees honest, accurate and timely information will allow them to feel confident in their employer and also pass along the accurate information to the curious.

“You want your employees to defend you and support you; you don’t want to give them a reason not to trust you,” Smolowitz said.

10. Work proactively with the media
It may seem counterintuitive to announce to the world that a bad thing has happened at your foundry, but Smolowitz recommends crafting a message for the public in order to make sure the most accurate information is presented and the public’s questions are answered without community members hypothesizing or becoming skeptical.

“If it’s bad news, they will find out anyway. In the end, it helps the story fade,” Smolowitz said. “The press release can read something like ‘XYZ company announced Tuesday that this happened, here’s why it happened and what they are doing to fix it.’ From a reporter’s standpoint, it gives the company more credibility. It transforms the crisis atmosphere.”

Long recommends the message to the public should include the following general points:

11. Tell the truth
Be honest and forthright with employees, public officials, EHS agencies and the press, Long urges. “Acknowledging, admitting or addressing negative questions will enhance your credibility,” she said.

On the same token, be sure to correct false information or false questions before answering. Repeat the facts of the situation and key messages—that you are addressing what caused the problem, minimizing the damage and working to make sure it doesn’t happen again.

“The main thing is you want to limit the severity or duration of the crisis before it spins out of control,” Smolowitz said. “Have a plan. If there is a crisis, address it head-on. You want to get it in the rear-view mirror as quickly as possible.”

This article stems from a panel at CastExpo 2019 called “PR Crisis: Plan Before or Manage It After.”

Click here to see this story as it appears in the June 2019 issue of Modern Casting.